I can't believe it's so long since I posted anything! I am working on the next book but I don't know when I will be finished. There are actually several projects I am busy with, so I am torn among them but I hope to get something out soon.

Meanwhile there are more adult (!) braces sightings on screens !

The movie Greener Grass is coming out soon in the US — October 18. And the official description begins:


In a day-glo-colored, bizarro version of suburbia where adults wear braces on their already-straight teeth

Wow! And check out the trailer:


And there's also a short movie version (15 min) that you can watch on Vimeo here.

Then there's also a TV show with Kirsten Dunst that has her wearing braces: On Becoming a God in Central Florida. 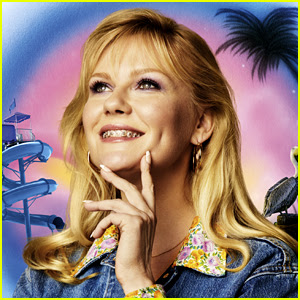 Hope all my readers are having a great year — and that all the kids with braces have had a great start toschool!

Posted by Catherine at 5:14 PM No comments:

Oh I've been so busy, and I feel very bad that I haven't published any more Dr.Wrighting books recently. But I just haven't had the time. I hope readers are at least catching up on and enjoying the old ones.

I hope everyone is looking forward to a great 2019, and I hope I will have some new braces content for you!

Meantime, I just saw this, which is cool. There's a TV show on Hulu called PEN15 and the two main actresses are adults but they play 7th graders — and so it's really cool to see that they have braces. Well, one has braces, the other a retainer. How cool is that?

There's an interview with them here.

Posted by Catherine at 3:46 PM No comments:

Happy Mother's Day to all the moms out there — and what a great day to pick up a copy of the most epic of all the Dr.Samantha Wrighting novels, Mothers, Daughters, Braces, right?

And with college graduation season in full swing, why not consider giving an Intraoral Press book as a graduation gift?

I hope all my readers have great summer plans ahead. I hope to have a new book — or a couple? — ready soon....but I don't know how soon yet. Hope you're not all getting too impatient!
Posted by Catherine at 9:32 AM 2 comments:

I wish all of you a very merry Christmas — with and without braces, but hopefully with some of my braces books! 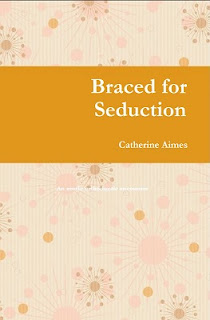 Of course I know most of my readers prefer ebooks — and it is true that this one is easier to hold in ereader format. Maybe even if you're carrying around your laptop! (The paperback is big!) So you can always get it on Kindle, as an iBook, or an ePub.

I think you'll enjoy it no matter what format you read it in..
Posted by Catherine at 9:22 PM No comments:

I know a lot of you like to read on your iPad and iPhone so it's great to see that Mothers, Daughters, Braces is now available as an iBook, right? (But if you prefer Kindle — no problem! And it is also available in print....)
Posted by Catherine at 6:12 PM No comments: